EEC – Economic Hope on The Horizon

EEC – Economic Hope on The Horizon

The eastern coast of Thailand is not only dotted with attractive beach resorts and tourist destinations, but is also home to Thailand’s new economic locomotive known as the Eastern Economic Corridor or EEC.

Strategically located on the eastern coast, a mere 90 minutes from Bangkok, the area has long been a significant economic zone referred to as the Eastern Seaboard. Initiated in 1980s, the Eastern Seaboard earlier helped Thailand to successfully evolve from an agricultural economy to a newly industrialised economy.

Now, almost 40 years later, the region has been relaunched as the EEC and the hope is that it will transform Thailand once again, this time into an advanced economy driven by technology and innovation.

Thanks to the government’s support and the private sector’s participation, the Eastern Seaboard has given birth to the “Detroit of Asia” and lifted Thailand’s petrochemicals sector to one of the top five in Asia. Average income of the people in the region has significantly increased. In 1982, the region’s income accounted for 10.3 per cent of Thailand’s GDP; this had risen to 17.7 percent by 2014.

The remarkable achievements of the project are evidence of its strong potential to become a new economic driver that will increase national competitiveness against the backdrop of technological disruption and increasing foreign investment in Asia.

To get the EEC up and running, a new law called the “Eastern Special Development Zone Act B.E. 2561 (2018)” was drafted and enacted to facilitate investment and development. The three pillars of EEC development are to build extensive infrastructure, to make investment convenient and easy, and to attract investment in targeted industries.

In terms of infrastructure, the two seaports – Map Ta Phut Industrial Port and Laem Chabang Port have been further expanded. U-Tapao Airport and the surrounding area has been improved to meet the demand for higher passenger and cargo handling capacity and lay the groundwork for the development of an aviation hub that incorporates an MRO (maintenance, repair and overhaul) facility. A high-speed train system linking three airports – Suvarnabhumi, Don Mueang and U-Tapao – is to be built.

With all the infrastructure in place, Thailand now realises its intention to connect regional and global economies.

Making investment easy involves many plans and projects. Rules and regulations, such as visa applications, have been relaxed. New investment promotion privileges have been introduced including longer corporate tax exemption, the reduction or exemption of import duty on machinery, and additional tax benefits if the investment projects can be shown to be cooperating with local education institutes on training or involve R&D activities. Applications for electricity and water supply and other public utilities have been simplified.

Thanks to these efforts, Thailand moved up six places to the 21st out of 190 countries in the World Bank’s ease of doing business rankings for 2020.

The third pillar of EEC is to attract targeted industries including five old and five new S-Curve industries. The five old S-Curve industries, which were well established in the previous Eastern Seaboard Project, are next-generation automotive; smart electronics; medical and wellness tourism; agriculture and biotechnology; and food for the future.

While adding value to the old S-Curve industries, Thailand also invites investment in modern industries that will colour the world’s future. These include robotics, aviation and logistics, biofuels and biochemicals, digital industry including Smart City which involves automated services, and a medical hub.

Through these three pillars, EEC has attracted more attention from foreign investors. In 2019, Thailand’s Board of Investment (BOI) received applications for 506 investment projects in the EEC with a total investment value of 444 billion baht (14.1 billion USD.) Out of this, 162 billion baht (5.1 billion USD.) is generated from the high-speed train system linking the three airports.  Interestingly, even as the world continued to fight against COVID-19 and many countries were forced to lock down during the first quarter of 2020, BOI still received applications from 117 investment projects and a value of 47.5 billion baht (1.5 billion USD.).

In terms of labour, EEC will need 475,000 people to work in these targeted industries. Vocational graduates will be in the highest demand as most industries will need highly skilled workers.

To meet this demand, the government has encouraged neighbouring provinces to focus on vocational and skills training to support the 10 targeted industries.

From a virgin coast 40 years ago, Thailand’s eastern region has now become a leading economic zone. It is hoped that when EEC is fully up and running, Thailand will be transformed into an advanced economy with enhanced competitiveness. Essential Resources for Startups in Thailand

Essential Resources for Startups in Thailand Thailand’s startup scene is booming. While the... 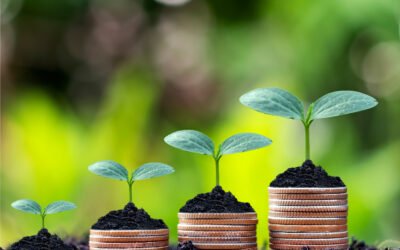